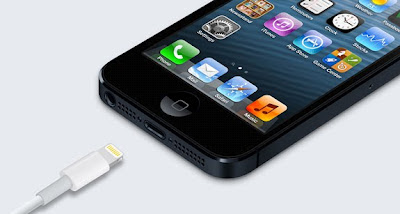 The iPhone 5 has started out with a bang, as pre-orders were sold out in around 60 minutes on Friday. So now, we can probably expect lines of fans when the retails stores open their doors on Sept. 21.

AT&T announced a sales record for the iPhone 5 over the first weekend of pre-orders, making it their fastest-selling iPhone ever. Some of the hype so far has been all about the revolutionary - for Apple at least - 4-inch display.

I say for Apple only, because the iPhone 5 joins several other smartphones with 4-inch displays that have been on the shelves for a while. These include the Samsung Galaxy S, which arrived in mid 2010 and the Motorola Atrix, which made its debut in January 2011. And let's not forget the Google Nexus S 4G1 that came along in April 2011, or the Nokia 808 PureView in February.

But perhaps the biggest area of discussion about the iPhone 5 has centered around the redesigned dock connector. The 30-pin connector is history, replaced by a smaller Lightning 8-pin digital connector. Now the worry is about all the 30-pin accessories and how to transitioned to the new guy. First a little history.

The 30-pin dock connector first appeared on the third generation iPod in April 2003. Up to that point, the iPod models had been using a firewire port to update the songs or charge the battery. The 30-pin connector allowed USB to be used instead of firewire.

Although the 30-pin connector had a nine-year run, the end has come and Apple is going digital with the Lightning connector. Some say it's because the iPhone 5 is thinner and the designers needed the space in the area where the speakers and the EarPods port are located. At any rate, it's done and we've got to deal with it. 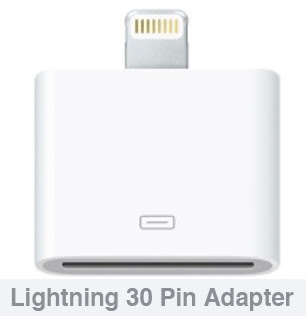 Apple was quick to say a Lightning to 30-pin Adapter is available for all our clock radios and other accessories that also serve as iPhone docks and charging stations. I must say, these accessories have been pretty handy over the past several years, especially when you lose that white 30-pin cable for the umpteenth time.

There was some confusion in the beginning about whether Apple would throw in the 30-pin Adapter when you buy the iPhone 5. The very latest is that it'll cost you $29. Of if you want a Lightning to 30-pin cable, count out $39. I also hate to break the news to you, but Apple says by way of an asterisk, that some 30-pin accessories are not supported. So that dependable iPhone accessory that you fancy may or may not work with the iPhone 5. 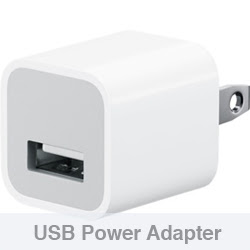 What Apple will give you with the iPhone 5 to make connections is a Lightning connector to USB cable and USB Power Adapter. Now you might say "hmm" to the latter, because that's the one item you can salvage from your old 30-pin cable setup. Since one end of the new Lightning cable is USB, you should be set to go with an extra power adapter. Do don't throw that part out with the 30-pin cable.

About all we can say about the 30-pin-cable saga is "oh well" and move on. I'm sure the Apple engineers had a good reason to make change. Maybe the iPad Mini, if it makes an appearance in month or so, will use the same Lightning connector.

By the time the iPhone 6, or whatever, comes along, we will have forgotten about it all anyway.