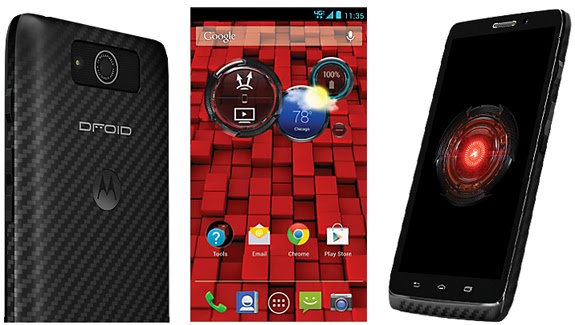 While the new iPhones frenzy was going on over the past few weeks, they were not the only games in town. At least three of my pockets had one of the Motorola Droids trio that certainly deserve some attention.

Verizon Wireless sent a box full of Droids just as the the iPhone mania was heating up and I have been exploring and enjoying these Google and Motorola-branded devices so much that I haven't had a hankering for the new iPhone 5S.

My FedEx box contained the Motorola Droid Maxx, Droid Ultra and Droid Mini. Let's just say I was surrounded by droids, which represent the newest creation from Google and Motorola since they agreed to join forces in August 2011 after Google put $12.5 million on the table.

I think we all knew that something big would come out of this partnership, with Google's Android empire and Motorola's reputation for quality hardware.

The Droid Maxx is certainly the flagship out of this trio and it has the features to prove it. Right off the bat, the most impressive attribute is the whopping 3500 mAh battery, which Motorola lays claims to 48 hours of mixed use. I can only think only of a few other smartphones that could come close to the Maxx's battery specifications, with one being the LG Optimus G Pro, with a battery rated at 3140 mAh.

The Maxx also didn't skimp on memory, with 32 gigabytes of storage space, compared with 16 GB for its siblings, the Ultra and Mini.

Aside from the usual collection of Android apps and more available in the Google Play store, one of my favorite features of the Maxx is the VZ Navigator global positioning app. I played lost coming from the office and the Maxx didn't miss a turn in getting me home before sundown. I especially like the conversational tone of the directions, such as "Get ready to turn right at the next traffic light." Or "drive about seven miles, then get ready to take Exit 7B, on the right. The GPS turn-by-turn directions on the Maxx are as simple as a doughnut.

The five-inch AMOLED display of the Maxx is a perfect fit in my ash tray in landscape orientation while in GPS mode. The audio is loud and clear. With a windshield mount or the official Navigation Dock from Motorola, the Maxx really could function as your main GPS unit, as the maps and directions are quite good.

Another area where the Maxx stands out among the competition is the Qi wireless charging module that doesn't require a USB cable connection to your computer or wall outlet. The feature, backed by the Wireless Power Consortium, also supports the Hydro Elite, and Droid Mini. You can take your pick of wireless charging accessories for the Maxx, such as a Nokia JBL Power Up Speaker, Nokia Fatboy Charging Pillow and a LG Wireless Charging Pad.

Motorola is making good use Kevlar, with the back of the Maxx sporting a textured appearance with a soft-touch feel. You also find a thin layer of Kevlar under a glossy plastic covering on the Ultra and Mini Droid devices. I like the Maxx's use of the Kevlar the best. 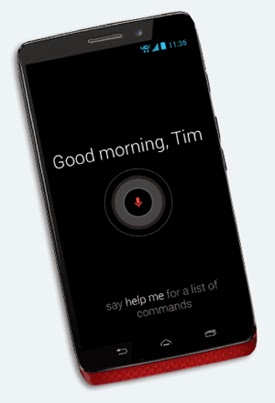 The Droid Ultra is almost identical to the Maxx, except for 16 GB of storage versus 32 GB in the larger sibling and a 2130 mAh battery, compared with the Maxx's 3150 battery. The Ultra is also slightly thinner, due to the larger battery in the Maxx.

The deciding factor might be in the cost, as the Ultra is $100 cheaper than the Maxx's $299 sticker price. For less money, you get the same five-inch display, a 1.7 GHz Dual-Core processor and a 10 MP rear camera. The size of the Maxx and Ultra is similar to the LG Optimus G Pro and the Samsung Galaxy S4.

That's not a bad deal, if you don't mind the glossy, plastic back on the Ultra that has a tendency to show fingerprints more than the Maxx textured back. 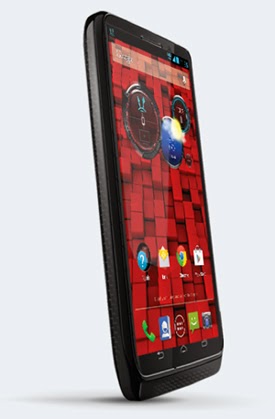 As for the Droid Mini, it's a handy device that might feel more comfortable in your hands, because of the more traditional size that is similar to the such as the iPhone 5 devices and the slightly-larger Nokia Lumia 1020 and HTC One.

For even less money than the Ultra, the Mini rings up at $99 and you'll get a smaller 2000 mAh battery than the Maxx and Ultra, but the same Dual-Core processor and camera megapixels as the big guys. Although the Mini is the smallest of the bunch, it's also the thickest by two to eight millimeters.

The bottom line is that the Google and Motorola union have produced a trio of devices running Android 4.2.2 Jelly Bean that are certainly contenders in the smartphone arena. For Android fans, you'll be quite familiar with the features, the apps available and the overall form factor.

Once you throw in wireless charging, touch control, impressive batteries and Kevlar, I don't think you can go wrong with either device. If you're shopping for a larger size and impressive battery life, the Maxx is what you'll want to bring home. For budget conscious shoppers, the Mini at $99 will be appealing with good specs and lots of Androids goodies.

So, just look in your wallet, count your money, and pick one of the three.