The wait is over; iPhone 5 sales move into the weekend

Friday was the big day for the iPhone 5 to go on sale in retail stores. Having two million devices in pre-orders was a good start and I imagine it'll rocket on past three to four million or maybe even five million in sales this weekend.

I was at one of the AT&T retail stores bright and early Friday morning, where the lines were modest and pleasant. I didn't notice any dancing, but wouldn't have been surprised if some of the fans cut a few steps. 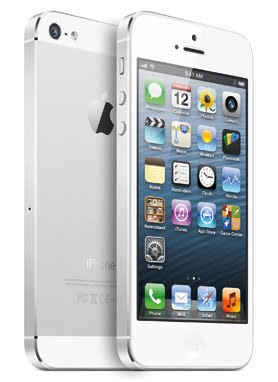 The iPhone debuts have been drawing crowds since day one, or on Friday, June 29, 2007, at 6 p.m., when the original iPhone was available for purchase. The headline on the website of my newspaper simply said "Come and get it" at the magic hour.

It was called a revolutionary device at the time, and according to Apple Inc., was one of the reasons Apple retail stores were created so that customers could touch and experience a ... new product and get the most from their new iPhone with Genius Bar support.

Now here we are with more than 300 stores in eleven countries and some of them will hand the sixth generation of the iPhone across the counter. If you're out of luck for an Apple Store in your area, the Apple Online Store, AT&T, Sprint, Verizon Wireless and certain Apple authorized resellers are ready for your business today. C Spire Wireless will have their iPhone-mania day on Sept. 28, along with a worldwide roll out to 22 more countries.

If you're buying this weekend, I'm sure you have your money counted out, but here is a reminder. You'll need $199 for the 16GB model, $299 for the 32GB model and $399 for the 64GB model. Then you might have the toughest decision of all, which will be choosing between white & silver or black & slate.

In a nutshell, the big day was Friday and I imagine weekend sales will be just as big. Everything will be counted and added up by Monday for the number of iPhones sold and it'll be something worth bragging about. Here we go.