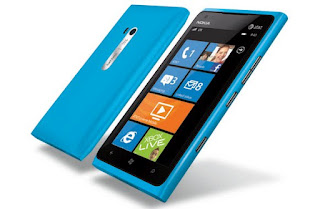 The Nokia Lumia 900 has been available from AT&T since April 8 for around $100 under contract. ​

It joins the Lumia 710 from T-Mobile, which arrived in early January, as the first crop of smartphones in the Unites States running Windows Phone 7, which is a partnership between Microsoft and Nokia. The Finland-based Nokia , who in 1987 introduced its first handheld mobile phone, used to be the darling of the mobile phone market. But it has been challenged in recent years by Apple's iPhones and Google's Android devices. Nokia is now moving away from its Symbian operating system in favor of the Windows Phone OS.

It's too early to tell whether Nokia will be successful with the new smartphones, but quarterly results that were released on April 19 indicate a challenging road ahead.

They reported quarterly losses in sales of $4 billion and an operating loss of $1.7 billion. The handset sales were down 29 percent.

The Lumia 900 has only been in the market for a couple of weeks and time will tell if the Windows Phone platform, which uses live tiles instead of application icons, will gain traction with consumers.

During a recent review of the Lumia 710, I found the unique Windows Phone OS to be easy to use, with good synergy for managing social networks, email, appointments and contacts.

The Lumia 900, which is a larger device with a 4.3-inch display and twice the memory of the 710's 8 gigabyte, is poised to attract more attention across the summer. The 900 also has a 16 megapixel camera, with might address some of the quality issues I experienced with the 700's 8MP camera.

These Windows Phone devices might help Nokia to remain the world's top handset manufacturer and regain prominence in the smartphone arena.

Advertisement:
Targus Stylus for Tablets, iPad, iPhone, Smartphones and more
No comments:
Email ThisBlogThis!Share to TwitterShare to FacebookShare to Pinterest