Windows 8 is coming; upgrading or a new device will need a plan 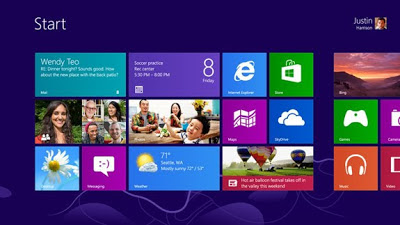 Windows 8 will be available for sale on Oct. 26 and can be pre-ordered now. So it’s time to start thinking about your game plan for upgrading your existing computers or pondering what kind of device you’ll want in a new purchase.

But there is some confusion about which version of Windows 8 will work for you and the price you’ll pay, along with a long list of choices for new Windows 8 hardware coming down the pikes.

Windows 8 will be available in several versions — one for tablet devices running ARM processors, which will be called Windows RT, and another for desktop PCs that’ll be known as Windows 8 Pro. A consumer version is also in the works and will just be called Windows 8.

As for the price, it’ll depend on whether you per-order the Windows 8 Pro DVD package now and pay $69.99, or wait until the release date on Oct. 26 and pay $39.99 using the Windows 8 upgrade Assistant online.

If you have purchased a new PC after June 2, the upgrade price from say Windows 7 will be around $15, which is not a bad deal.

The other issue with upgrading your existing Windows operating system to Windows 8 will be the licensing or product key dilemma. 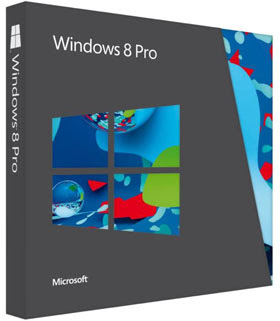 So in a nutshell, you should be able to install Windows 8 on the same PC hardware that powers Windows Vista and Windows 7. Just make sure you have at least a 1 gigahertz or faster processor, 2 gigabytes of RAM, 20 gigabytes of hard drive space and a video card with DirectX 9 graphics and a WDDM driver.

But if it was installed on a new hard drive with no previous OS, such as if you built a PC, then you can expect a challenge and will need to purchase a new version of Windows 8 for a license and product key.

As you think about whether to upgrade you existing PC or buy something new, keep in the mind that Windows 8 is optimized for touch screens and you might not get the full experience on a desktop PC.

Anyone using a tablet with Windows 8 RT installed will be able to swipe and swoosh away in the new interface. For a desktop or laptop, you’ll have to get use to taking your hand form the keyboard to reach over and touch the screen for a little magic.

As for other choices running Windows 8, there will be somewhat traditional laptops that convert into tablets and tablets with detachable keyboard. They will have screens that’ll slide and flip or completely detach in order to transform from one device to the next.

In addition to the usual notebook PC manufacturers, such as Acer, Asus, Dell, Lenovo, HP, Samsung, Sony and others, Microsoft also will have a dog in the fight with their Surface tablet. This will put Microsoft in direct competition with the Apple iPad's iOS and many of the other manufacturers that also will have Windows 8 on their devices.

So whether your upgrading or buying for the Windows 8 experience, it’s time to start thinking about your plans.