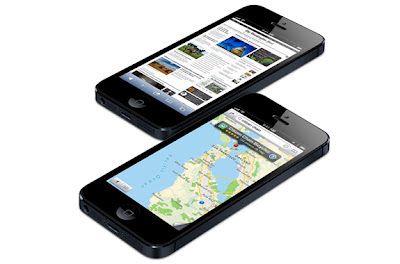 It's here. The iPhone 5 has been introduced. It was called "an absolute jewel" by a top Apple guy.

Apple Inc.'s sixth generation iPhone, made entirely out of glass and aluminum, is sporting lots new features that includes a larger 4-inch display, a new 8 megapixel camera, and the capability to add a 5th row of icons to the home screen. A new A6 chip, which Apple says is two times faster than the A5 chip, will provide processing power.

The battery life is rated at 8 hours of 3G talktime, 3G browsing and 8 hours LTE browsing.

As expected, the iPhone 5 will run on 4G LTE networks, such as AT&T, C Spire Wireless, Sprint and Verizon. T-Mobile customers will have to wait awhile longer for network upgrades.

The pre-launch rumors of a redesigned dock connector were on target, as the iPhone 5 has an all-digital 8-pin Lightning connector to replace the nine-year old 30-pin connector. A 30 pin to Lightning adapter is available to allow access to existing iPhone accessories.

Some of the other features that have already leaked out were a new maps apps to replace Google maps and a fine-tuned Facebook integration.

The biggest surprise is the lack of a Near Field Communication, or NFC chip. But Apple also is rolling out a Passbook app in iOS 6 to serve as a virtual wallet for future mobile payments. While other mobile payments options are already on the market with Google Wallet, Square, PayPal and several others, Apple seems to be taking a more cautious approach and let the enterprise market get more comfortable with this emerging technology.

From looking at the specs and the features of the iPhone 5, it appears that maybe Apple has hit another home run, but we'll see how long the lines are when it's available.