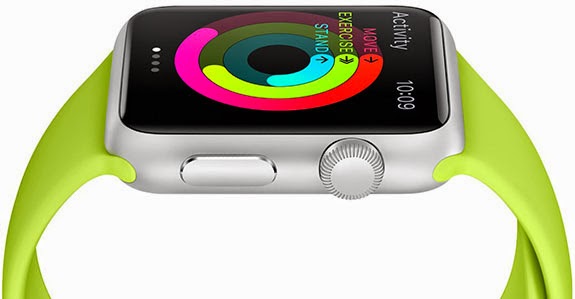 The Apple Watch is just around the corner and it’s time to get serious about how Apple’s latest technological wonder is going to fit into our lives. Just like all the other “Apple iDevices,” a lot of us didn’t know we’ll need an Apple Watch until Apple told us so.

The one thing I can say is the Apple Watch is going to be some much more than a device to let us know the time or the date. We’re talking about an entire ecosystem of tech synergy and this device could be the world’s first truly wearable computer. But we’re skeptical at this point, or at least I am, and Apple has some convincing to do in several areas.

I’m sure security measures will be at the top of the list for those considering the Apple Watch. One question is will it work on a wrist that didn’t shell out their hard-earned cash?

The answer is the device will know if it’s on your wrist or has been taken off and it’ll need a lock code to be activated again, much like the iPhone lock screen. That should give some peace of mind if the Apple Watch is lost or stolen. Around the house, if the iPhone becomes lost and you’re wearing the Apple Watch, a pinging feature should locate the iPhone -- probably between the couch cushions -- and get you back on track.

The Apple Watch will have cutting-edge technology and innovative navigational features that only Apple could dream up. Just like the iPod, iPhone, and certainly the iPad, I’m sure it’ll have a level of simplicity that’ll make the functionality just as easy as all the other iDevices. And all of this ingenuity will be done on your wrist.

While the iPod had the Scroll wheel and the iPhone and iPad have the home button, the Apple Watch will have what Apple is calling the Digital Crown. It’ll be used for selecting menus, zooming in and out, scrolling and returning to the Home screen. Even though the Retina watch display will be a lot smaller than the iPhone, Apple has developed a new typeface to enhance legibility and the high pixel density should make things a lot easier to read

Another unique feature coming on the Apple Watch is something called Force Touch, which will distinguish between a tap and a press on the display. According to Apple, a “firm press” will bring up additional options in Messages, Music and Calendar apps, as well as the option to choose different watch faces or end a workout session.

Since we’re already use to glancing at our watches, the Apple Watch will capitalize on this gesture with “Glances,” which will give a summary of the information you’re seeking with just a simple swipe up on the watch face.

For Dick Tracy fans, yes, you’ll be able to answer a call and respond to messages, or just dismiss them with a flick of the finger. So it looks like what was envisioned around the 1940s in a comic strip as a “wrist radio” is finally catching up with us. The future has arrived and Siri, Apple personal assistant, will be close by when you raise your wrist to offer any assistance.

If you’re wondering how you’ll know all these things are going with the watch, Apple has it figured out with something called a “Taptic Engine” inside the watch to provide feedback. Whenever an alert or notification is received, you’ll get a gentle tap on the wrist and maybe a subtle audio tone. Apple says they wanted to “give technology a more human touch.”

As electronic health records continue to evolve, the Apple Watch is on board with data collection for physical activities and an included Heart Rate Sensor. The capabilities of Wi-Fi and GPS will measure your distances, such as when cycling, and an accelerometer will count your steps when walking. If the healthcare industry latches onto the Apple Watch, this could bring some traction to wearable technology, especially if privacy concerns are addressed.

You’ll certainly need a lot of juice in the Apple Watch to keep all this information going and Apple is claiming 18 hours of battery life and innovative charging at bedtime. Using a concept of the MagSafe magnetically charging connector introduced on the MacBooks starting in 2006, there is nothing to plug in; magnets will snap the Apple Watch charging cable into place on the back of the watch. According to Apple, you’ll be able to perform this ritual in the dark or without looking.

To get started with Apple Pay on the iPhone 5, you’ll simply download the Apple Watch app on your iPhone, select the Passbook & Apple Pay option and add your credit or debit cards information via iTunes or by using the iSight camera on your iPhone. Finally, the Passbook feature on my iPhone 5 will have a real purpose. Then just find a retailer with Apple Pay capabilities and wave your Apple Watch near a NFC (Near Field Communication) reader to pay for your stuff.

It should be noted that Apple did not include NFC capability in previous iPhones, while other smartphones, such as the Android devices and BlackBerry, ran with the NFC chip and had bragging rights over the iPhone. But now, it seems clear that Apple was reserving the NFC chip for Apple Pay in the iPhone 6 and Apple Watch, which explains their tight lips about NFC over the past few years. The question going forward is what other technological features does Apple have planned for the NFC technology besides Apple Pay and the Apple Watch.

I’m sure the question of how secure is Apple Pay pops in your mind when you’re shopping and paying with your watch. According to Apple, this technology does not use your actual credit card number, opting instead for a unique account number that is encrypted, stored only in the Apple Watch and protected by a passcode. Apple says with this method, transaction details are not stored anywhere else, such as on Apple’s servers or in the cloud, and you never reveal your card number or security code to anyone.

Although the Apple Watch hardware will be pretty snazzy, it’ll be the apps from iOS developers that will determine the success of this device. The apps’ developers have been hard at work since November, when Apple announced the availability of WatchKit, the software that iOS designers have been using to develop apps. We’ll surely see third-party apps that’ll take full advantage of the Force Touch, Digital Crown and Taptic Engine features of the Apple Watch. Just a glance at your wrist will trigger notifications, alerts and information for things that you care about.

The Sport collection will have five colors (white, blue, green, pink, black) for the fluoroelastomer band and choices of silver and space gray for the case. There will be 10 different models of band and case combinations in this collection. When you open your wallet, you’ll need around $350 to bring the cheapest size home.

Moving on up, you might consider the Apple Watch Collection, which has the stainless steel case and a space black stainless steel case as options. Then you’ll choose among three leather bands, a link bracelet, a fully-magnetic Milanese loop or a fluoroelastomer band. There will be 20 different models in this collection and you’ll need add a few more bucks to reach around $550 to start thinking about putting one on your wrist.

Now for the grandness of them all with certainly the “wow factor” is the Apple Watch Edition, where Apple tells us each “case is crafted from 18-karat gold” and the display is “polished sapphire crystal.” You can even get a bright red buckle with a matching crown to dress it up further for bragging rights. If you have to know, the price will be right at $10,000 and up. I hope it holds the value over the years, because I think this more of an investment than a fad.

If you don’t want to stand in line, pre-orders start on April 10 and if you like long lines, be at the Apple Stores bright and early on April 24.

Apple will dangle almost 40 choices of the Apple Watch and is hoping for a lot of bites.