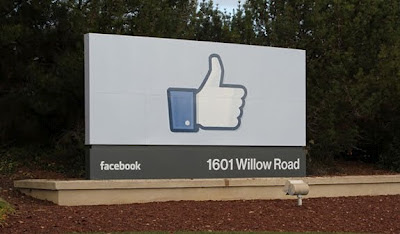 Facebook's announcement of reaching one billion users each month was the biggest "like" of their existence.

This was big enough for CEO Mark Zuckerberg to sign his name at the top of the news release. He wanted to give a big "thank you for giving me and my little team the honor of serving you."

I say "well done" to Zuckerberg for having the vision and innovation to make Facebook what it is today. But the toughest part is probably still yet to come, as Facebook is now a public company and expectations are even higher when you're dealing with financial performance.

This kind of growth is not bad for a company that has only been around since 2004. One of their competitors, Linkedin, officially launched a year earlier in May 2003 and they've only managed to attract around 175 million users.

Another competitor in the social media space, MySpace, also launched in 2003 and I hear they're trying to make a comeback after being acquired by Specific Media in June 2011. Twitter — another social media outfit that I like a lot — unveiled their sign in 2006 in the city with the Golden Gate Bridge. Around six years later, I've seen published numbers of 90 to 175 million registered users who say what they want to say in 140 characters or less. If you're looking at total Twitter accounts, the number is estimated to be even higher at around 500 million.

The youngest of the social media bunch — Google+ — is probably the closest challenger to Facebook with around 250 million users since 2011. According to Facebook, they hit 100 million users in August 2008, which is four years after they started up. If you grab a calculator and start pecking around, Google+'s growth rate is on the fast track, but not likely to catch up with Facebook no time soon.

This kind of success makes you wonder what is it about Facebook that causes us to sign on the first thing in the morning, check out mobile devices throughout the day and switch to a new window on the desktop computer when the boss is not looking. Then we run straight home after work home and get on the home computer to check Facebook again and again until after midnight. One billion people just can't get enough of Facebook.

The typical age was around 26 in the early years and has progressively gotten younger along the way. All of you Facebook buffs have given out 1.13 trillion "likes' since Facebook added the feature in February 2009. The "like button" was acquired from Facebook's acquisition of social networking site FriendFeed during that same year.

When the ability to upload a photo into Facebook was added in the fall of 2006, we all thought that was just grand and have since uploaded around 265 million photos of people, places and things from Brazil, India, Indonesia, Mexico, the United States and other countries.

So Facebook is certainly on its way to being a fairy tale of a company, if it can figure out the Wall Street part and make enough money to gather 'likes" from investors. Since the initial public offering, or IPO, on May 18 when the stock closed at $38.23, it hasn't seen that kind of a price since and remains down about 40 percent for the year.

But despite the stock woes, having one billion users is quite impressive and Facebook's Zuckerberg says it is simply "the things that connect us."

Although I've been hanging out on Google+ more with all the tech fanatics that seem to gather there, I guess I'll go check my Facebook page now.