Google Glass invitation costly, but quite a honor to join program 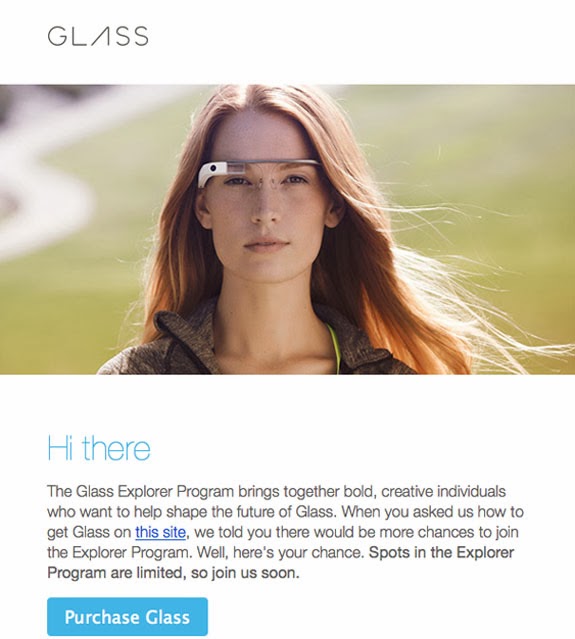 It was a typical day, with what I thought was a typical inbox of emails to filter through, until I spotted an email from "Glass Support." The subject line simply said "Earnest, so you want Google Glass?"

The day was no longer typical. I was surprised, thrilled, and honored, along with several other emotions as I contemplated what all this meant. In a nutshell, I had been selected to purchase an early version of Google's hi-tech eye wear that is fitted with a high resolution display that has the possibility of changing our lives and how the world uses information technology.

I remember signing up to be considered for a pair of Google's latest technological wonder awhile ago, but never thought I would actually get an invitation.

The concept for Google Glass was being kicked around in 2012 and even grabbed the "best invention of 2012" by TIME magazine. It gained traction in 2013 with the Explorer Program, where a few lucky developers also received invitations to purchase Glass and begin to think about what applications would be great to be developed for the device. The possibilities are endless – from the medical field to sports to research and beyond. The display of mobile information right above the wearer's right eye has the potential to be revolutionary.

Because of the conspicuous voice-commands interface expected to be used in Glass, the scrutiny and privacy concerns has already started, with a few cases popping around the country with tickets being given for "distracted driving" violations. In some states, it is against the law to drive a vehicle if a video monitor of any sort is located in the vehicle and visible to the driver.

In another case involving Google Glass, concerns were raised in a movie theater over a Glass wearer recording the show. I imagine the emerging wearable-technology arena will foster a new category of laws and restrictions for when, where and how it can be used.

Nevertheless, as a technology enthusiasts, I am excited about the potential Google Glass will bring and the bevy of similar technology from other manufacturers, such as Samsung and Apple Inc. I'm sure they will be right on Google's heels with Galaxy Glass or iGlass.

Google Glass is still not available to the general public and may be rolled out later this year. In the meantime, for us invitees, the cost is $1,500 to join the Explorer Program and become a part of a truly interesting experience.

Let's just hope the price is lower before Glass hits the store shelves.