The 2013 CES is a haven for gadgets and technology enthusiasts 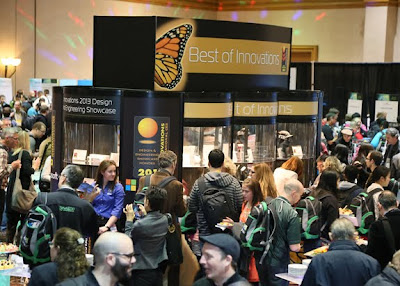 Members of the media enjoy a sneak peak of what's to come at this year's CES event.

The 2013 International Consumer Electronics Show is underway and Las Vegas is the place to be this week for gadget lovers.

The keynote addresses will kick things off today, with Kazuhiro Tsuga, president of Panasonic Corp. leading the way. Tsunga was to share to his vision for the future and elaborate on how Panasonic is engineering a better world for us all.

We'll also hear from Gary Shapiro, president and CEO of CEA, and Lowell McAdam, chairmen and CEO of Verizon.

As we know from previous years, Apple Inc. will not be in the house and Microsoft was on tap on a keynote appearance, but I hear that Chairman Steve Ballmer worked in a few comments on the new Windows RT and Windows Phone 8 devices.

It didn't take long for gadget news to start filtering out from the convention booths at the Las Vegas Convention Center/Hilton and The Venetian.

Huawei, a leading global information and communications technology company, has already primed the pump, with their announcement of the world's largest smartphone. It's called the Ascent Mate and sports a whooping 6.1-inch display, a 1.5 GHz quad-core display and a 4050 mAh battery under the hood. We'll learn more about this trend-setter in the coming months.

The Near Field Communication technology is also on the move, with early announcements coming Samsung on NFC Bluetooth speakers and Asus rolling out their 10.1-inch VivoTab Windows 8 tablet.

Sprint is also using CES to announce their Microsoft Windows Phone 8 plans. They'll have two WP8 devices coming this summer — one from Samsung and another from HTC. So get ready for Live Tiles and SkyDrive features from the guys in yellow.

Let's also not forget the auto makers, as Ford and USA Today have teamed up for an app and Ford SYNC integration to allow drivers to just tell their car to listen to sport stories or the latest news. I imagine we can expect similar technology from other auto manufacturers.

The fitness craze is continuing to spark innovation with the announcement of the Fitbit Flex, a Bluetooth wristband that help track the progress of your workouts to help meet your goals. According to the company, it'll also monitor your sleep quality.

Another early mover out of the gate is Coby Electronics Corporation, with their LED TVs, Bluetooth speakers, headphones and earbuds. This New York company has been making consumer electronics products since 1991 and continue to carve out a place in the industry.

This is just the first day of CES and the best is yet to come. It's going to be a good week for technology.