iPad Mini arrives to battle other 7-inch tablets for dominance 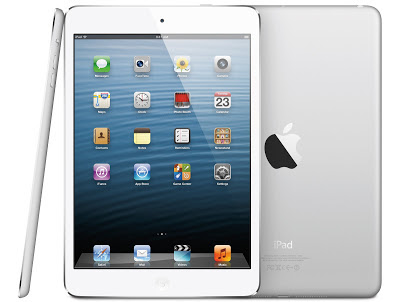 Now that the iPad Mini has finally been unveiled, the real question is how it will fare among all the other small tablets on the market.

It also has a 10-hour battery life, LTE network capability, updated Wi-Fi performance, and as expected, the new Lightning connector that made a debut on the iPhone 5 and the new iPods announced on Sept. 12. It’s also around 24 percent less in depth than the most recent iPad.

All of these features will certainly attract some attention, especially Apple fans, but the mini Apple wonder does have a few shortcomings. The resolution, which is 1024 x 768, doesn’t stack up with competing tablets and the A5 dual-core processor is from older hardware, being last used in the iPad 2 and the iPhone 4S

Another area of concern is as the holiday shopping season draws near, the price of tablets might be a factor and the iPad Mini might have to struggle to gain buyers with its $329 starting price. 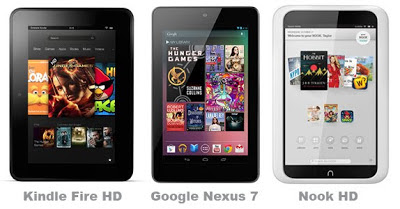 The iPad Mini will certainly have plenty of competition on the shelves among the seven to eight-inch devices. It requires little time and thought for the Kindle family of e-readers to pop in your head, for all the good reasons. They are considered cheap at a starting price of $179 for the Kindle Paperwhite, or even cheaper if you look at one of the entry-level Kindles for only $69 or one of the other older models still being sold.

For more bells and whistles in the Kindle family, there is the Kindle Fire at $159 and the Kindle Fire HD for $199. But when has been called “one of the best values in the e-reader market” belongs to the $179 Kindle Paperwhite WiFi + 3G, which has free 3G wireless for downloading books anytime and anywhere.

Then the Android family of devices are next with the Google Nexus 7 leading the pack starting at $199, rumors of getting even cheaper soon. The other choice is the Barnes & Noble Nook HD for $199 and some change.

Another new entry in the tablet market is the Insignia Flex that can be found in Best Buy stores around Nov. 1 with a starting price of $239.

I think we can see a trend that tablet prices should not be too far north of $200 to stay competitive and entice consumer to reach for some cash in retail stores or punch the checkout button online. The iPad Mini is way north of that price. 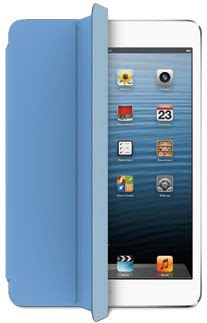 But we’re talking Apple here, with a sense of upscale and quality among all the iDevices. Just maybe the iPad Mini can continue this mystique and bring cause for us to shell out a few more bucks for the latest creation from folks in Cupertino, Calif.

During the special event where the iPad Mini was announced, the education and business markets were highly pitched, so maybe a part of Apple’s strategy for this new device is for schools and enterprise users.

I’m going to put on my consumer hat and say I’ll consider the new iPad Mini. My current iPad now has a Bluetooth keyboard case, which turns it into an almost-a-laptop for tweeting, updating social networks and even creating an article for this blog while on the go. But it’s kind of clunky to hold and awkward to just read articles.

So I need a smaller e-reader for books, newspapers and magazines, along with my favorite apps for consuming content. This task is now handled by my Nook Color, which does a good job as a content reader. But it’s kind of a standalone device, since I don’t have an Android smartphone to have a synced-up relationship with the Android family of devices and their cloud applications.

With the iPad Mini, I could tap into iCloud and have all iDevices in sync with each other. These would include an iMac, MacBook, iPhones, iPod Touch and of course, the new iPad Mini.

My other requirement is that it’ll slip into the inside pocket of my jacket, which the Nook Color, with its 5-inch width, does just that. But the iPad Mini’s 5.3-inch width might be a tight fit or no fit at all. I’ll see about that.

So I could see an iPad Mini in my future as an e-reader, but the price is going to require me sleeping on the idea more than once.