BlackBerry 10 developers hard at work on apps for new platform

As we wait on the BlackBerry 10 platform to arrive sometime early in 2013, Research In Motion says the developers are hard at work creating apps for the new upcoming devices.

Developers have been issued 5,000 BlackBerry Dev Alpha test devices to put their apps through the paces on various BlackBerry 10 projects. We can expect apps from Cisco, Foursquare, Sencha, Gameloft, HalfBrick Studios, Madfinger Games, Funkol and others when the magic time comes.

The developers are hoping to create BlackBerry 10 apps that will entice customers to take a closer look at the new platform.

“The Weather Network is excited to develop for BlackBerry 10," said Gita Ashar, Director of Mobile and Emerging Technologies for Weather Network. "The innovations in the operating system will provide our existing loyal consumers and new consumers an application that is as stunning as it is informative, helping users to plan for anything.”

The developers will work with BlackBerry WebWorks and will use HTML5 and CSS in building apps for the new BB 10 platform.

I know of several die-hard BlackBerry fans that are among the 80 million users that RIM announced in its latest quarterly report. They are patiently awaiting the new devices that are expected in the first quarter of 2013. One in particular is fearful of losing his BlackBerry contacts if he switches to an Android device or the iPhone.

The delay of the BlackBerry 10 devices could turn into a big headache for RIM. The competitors are full steam ahead with innovative hardware that would leave less opportunity for any excitement in the BlackBerry arena. 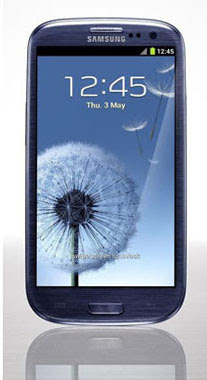 The Samsung Galaxy S III had been around since May and doing very well in the marketplace. Now we have the iPhone 5, which is setting sales records, despite mapping software woes and other issues being reported by customers.

Next up will be Microsoft and their partners as they roll out new Windows Phone 8 devices later this month. The Nokia 920 and 820, the HTC 8X and 8S and the upcoming Samsung ATIV S are all on deck with Microsoft's unique tiles-based interface. It'll be interesting to see if the Windows 8 devices gain acceptance with consumers.

From the Android camp, the LG Optimus G is likely to draw some excitement, as the specs are pretty impressive with a 13 megapixel camera on the Sprint Nextel version.

All of these devices are likely to attract some BlackBerry fans that are tired of waiting on something new, although some will tough it out. I have one friend who is thinking about leaving her beloved BlackBerry for the Galaxy S III.

The other nightmare for BlackBerry could be the rumored Samsung Galaxy S 4, which could also arrive in the first quarter of 2013. I would think the folks inside the walls of RIM would certainly want to be ahead of this threat with their new BlackBerry 10 platform, along with some outstanding apps.

Let's hope that when the new BlackBerry 10 platform finally arrives, it will be worth the wait.