Apple rolls out the 'wow' factor with iOS 7 for iPhone, iPads, iTouch

Well now, just when it seemed that Apple's innovation has slowed down, as the Android camp was full-steam ahead, the guys from Cupertino dealt what could be a winning hand at the start of the Worldwide Developers Conference in San Francisco.

Apple unveiled the mysterious and tightly-held-to-their-chest iOS 7 software update, stamped with the work of the possibly soon-to-be-famous Jony Ive, Apple's senior vice president of design. Already, it is being called "the most significant iOS update since the original iPhone that took the stage in 2007. After watching the video, I believe them, or they did a good job of snookering me and probably a lot of other Apple fans.

I can't keep this to myself any longer; this update that is due this fall is going to be one fine upgrade, as every nook and cranny of the current iPhone software has been redesigned. The appearance is clean, minimalist, simplistic and very appealing. The icons for apps look fresh and not overdone, with crisp colors and simple lines. It's almost like the designers wiped the slate clean and started over, which is exactly what I think they did. 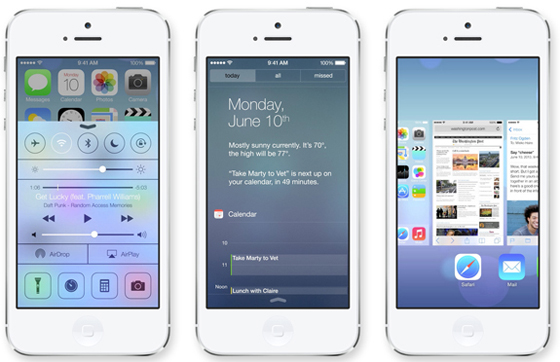 The list of new stuff could go on and on, with a new palette of colors, and bits of translucency, a new lock sceen, the introduction of a control center and multitasking. Let's let that soak in. Then we have new photo features with automatic time and date stamp, "popular near me" apps and full-screen browsing in Safari. Let's take another break. 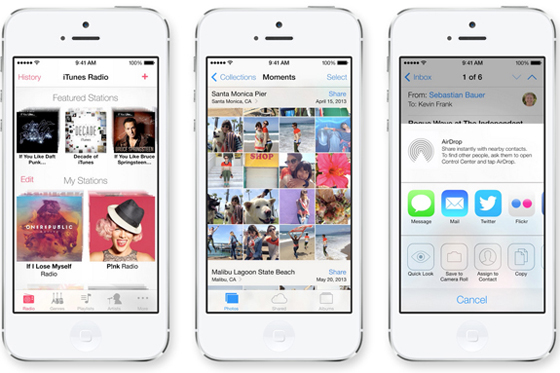 As we gather again to explore the new iOS 7 update, Siri will accept commands to control the iPhone, such as turn on Bluetooth. Another new feature is AirDrop, which will allow easy sharing of content with people nearby using peer-to-peer transfer. We'll break again in a minute, but Safari has enhancements that need to be told, with features like simplified searching, a new bookmarks view and new Safari tabs. While we're talking about online, iCloud Keychain is coming for your passwords and credit information that will be available on all your devices. Now let's pause for a few seconds before the music starts.

Apple was really excited about the new music app and especially the new iTunes Radio, which will be a free Internet radio service. The keyword is "free." I like it already. It'll have over 200 stations, which will be enough music to get you through any waiting room stretch of boredom. There's more. 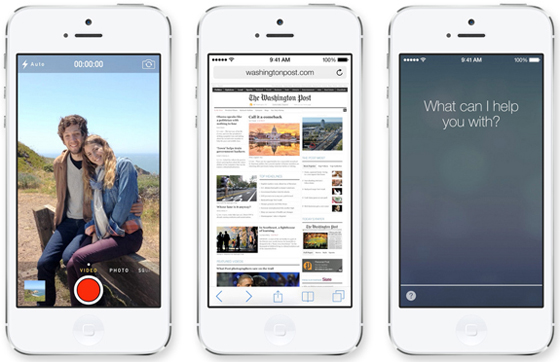 Some additional features of the new iOS 7 update will include – do I have to say it – a "new" Find My Phone activation lock feature that'll require your Apple ID and password. For night owls, Apple says the Night Mode in Maps feature will respond to ambient light when your use if after dark. And finally, something that caught both of my eyes is a proposed enhanced in-car integration, which will bring the Apple experience to a drivers seat near you. This could be the start of the iCar and iTruck. Sorry, the domain name for iCar and iTruck is already taken; I checked.

Apple seems to have put their best foot forward with this update and if the real thing is anything like the prototypes in the promotional video, it's going to be a humdinger of a software upgrade for the iPhone 4 and later, the iPad 2 and later, iPad mini and fifth-generation iPod touch.

Now we're going be in the highly-anticipated mode for iOS 7 during the next several months of hot and steamy weather in my zip code.

I can cope with the heat, but I can hardly wait for the new iOS 7. 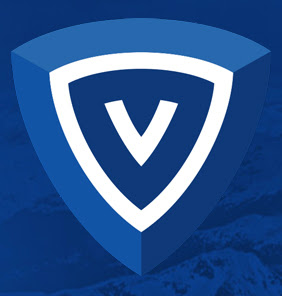 If you ever worry about the security of sensitive email message, a new technology called Vaporstream might be what you need.

For those confidential conversations, company officials say Vaporstream communications cannot be copied, forwarded, printed, saved or intercepted. This James Bond senario is created with a Secure Recordless Messaging Service, or SRMS, which transmits messages without leaving behind any Electronic Stored Information, which is also known as the ESI factor.

Once you hit send on a Visper message, it vaporizes to leave no trace in the inbox, server or archive. In addition to messages, recordless photos also disappear from the sending device, as well as the recipient's device.

According to the company behind Vaporstream, this technology "is the messaging tool of choice for critical discussions about mergers & acquisitions, research & development, litigation, and other confidential matters."

If you are a busy executive or professional with a need to keep sensitive information private from hackers without a face-to-face meeting or phone call, Vaporstream might be what you're looking for.

Vaporstream, a Chicago firm founded in 2006 is available as a free app for the iPhone, iPad and Android devices. But an account is required to use the free app.

With this technology, it can be a comforting thought to know that you're not leaving behind any "electronic DNA" or "digital footprint" that could fall into the wrong hands.