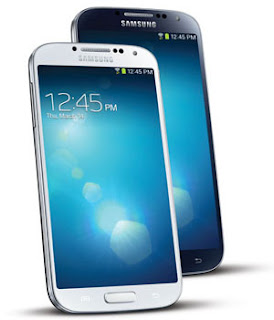 The highly-anticipated Samsung Galaxy S4 is inching closer into the hands of Android fans, as C Spire Wireless becomes one of the U.S. carriers accepting pre-orders for Samsung's newest touchscreen smartphone.

The Galaxy S4 is packing more power than its predecessor, the Galaxy S3, in several areas. It has a 13-megapixel rear camera, compared with a 8 megapixel camera on the S3, and a slightly better front camera at 2 megapixels. Additional camera features include "LED flash, autofocus and 1080p HD video recording in dual-shot mode ... which allows the use of both cameras simultaneously so users can include themselves in pictures and videos."

The Galaxy S4 is lighter in weight and with a 1920 by 1080 Super AMOLED five-inch display, colors should really pop. The increase in display size from the S3's 4.8 display is significant, as smartphones trend toward larger displays. 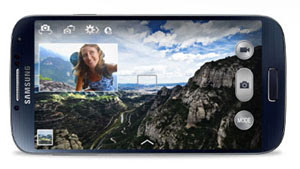 Another significant feature boost is the Galaxy S4's 1.9 gigahertz Quad Core processor, compared with a 1.5 GHz in the Galaxy S3. To make sure there is enough juice for all the enhancements in the Galaxy S4, the removable battery size has increased from 2100 to 2600 mAh, with a standard 16 gigabytes of on-board memory.

The Galaxy S4 is shaping up to be a desirable upgrade to the S3 and worth the $199 cost under a new two-year contract.

After choosing between Black Mist and White Frost colors when the Galaxy S4 arrives this summer, C Spire customers will be ahead of the game when it comes to carrying a state-of-the-art smartphone. Fans of other U.S. carriers are not left out, as AT&T, Sprint, T-Mobile and Verizon Wireless also have the Galaxy S4 available for purchase.

So it looks like everyone will have a chance to carry Samsung's latest technological creation this summer. It's being called "the next big thing."