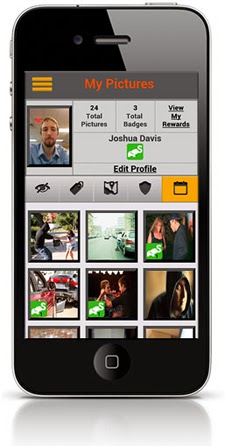 The technology of crowd-sourcing is gaining more widespread use, as more applications are put into play. One of the latest efforts of this technology is a community-based tool to share public safety concerns via a new app named sic-Shot.

By using the sic-Shot app, individuals can provide confidential information through photos and videos to law enforcement officials that need information to help solve crimes.

The idea behind sic-Shot is to encourage anyone with a desire to support public safety to be on the lookout for acts of violence, unusual conduct or suspicious behavior. When a sci-Shot user witnesses a criminal act or notices suspicious behavior, a photo or video is recorded and posted to their sic-Shot account. These images can be browsed by law enforcement subscribers to help identify suspects and solves crimes.

The reports by sic-Shot users can be rewarded $1 or more for a photo or video purchased by subscribers. As more photos and videos are taken, the sic-Shot user earns badges to receives the  highest level of reward dollars, which will be redeemed through gift cards from leading online vendors. But a minimum balance of $25 must be earned before any reward money is paid.

If the information is considered essential in solving a crime, the sic-Shot user can be rewarded up to $50 per photo or video.

According to the developers, the sci-Shot app will be available in December for Android users and is listed as "coming soon" for iPhone fans. Users are encouraged to sign up to participate in the limited app release.

With this idea of a community-based social network and the sharing of public-safety information with law enforcement subscribers, the traditional Neighborhood Watch program is going hi-tech and mobile.